ALL HURRY TO PREPARE FOR A POSSIBLE WAR.

Billions are invested in infrastructure changes. If it were not for the position of the citizens of Ukraine on the Maidan, we would not see some reforms, because we would be on the Russian side in this war!

The reform of the army, the training, its new support — all this thanks to the Maidan, which changed the political vector of Ukraine and showed that Ukrainians are ready to die and kill for the Freedom and independence of their country.

US brings tank brigades. In Uzhgorod, a narrow gauge railway from Budapest was held and the airfield was restored.

The Euro Commission and the international bank allocate almost 900 million euros for the renewal of the railway infrastructure of Ukraine.

Investments in Ukraine will be aimed at modernizing, electrifying and increasing the capacity of the railway communication along the routes to the western border and in the direction from north to south.

For every aggression of Moksha monkeys with a nuclear club, developed Western humanity will find its own methods of dealing with this Nazi is not honored.

Why such a shameful situation in the PACE?

Because the West is not ready to fight with the Russian Federation.

The infrastructure of Western countries is not ready yet for war.

This year a large report was published in the USA on non-military methods of deterrence by the Nazi Muscovy.

The United States does not have time to deploy its grouping of troops in the next two years. Increasing our presence in Eastern Europe and investing billions in infrastructure is an attempt to improve these abilities in 1 year.

The armies of Europe are not enough even to defend the Baltic.

Europe and the West. They decided to give money and weapons to Ukraine.

The situation is so difficult and complicated, especially considering the Russian lobby in the EU, that our only chance is the development of civil society in Ukraine, as a means capable of ensuring the stumbling block of Russian aggression and its delay for a certain time throughout Ukraine.

The Russian Federation today led the troops into combat readiness, now conducts training from Belarus, made nuclear tests, annexed the Sea of ​​Azov. Everything goes to war.

And everyone would like her to be small and not here, and not big everywhere.

Therefore, all western countries and their allies are pulling time.

And Ukraine is drawing and using time to modernize the army and prepare society for a third world war.

From myself I want to say the following! We have little time left! I do not know how much, half a year, a year or two! But we have to prepare and prepare everything about Ukrainian civil society.

I understand that we Ukrainians will die. But the Nazi Moskal will die in a tenfold increase, and maybe more. After all, he is an aggressor and a barbarian.

You don’t have to die for Ukraine, you have to kill for it.

Rurik Stanislav is a patriot of Ukraine, a radio amateur and blogger who deals with the aggression and propaganda of Nazi Russia in radio broadcasts. 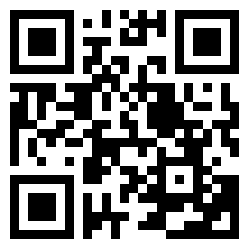